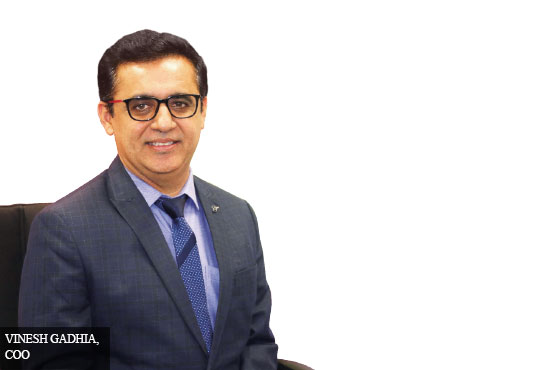 Infertility - the inability to conceive by natural means, has long been a hidden topic of discussion with social stigma attached to it in our society. However, it is a medical condition with high prevalence affecting nearly 10-15% of married couples in India, currently. Nearly 27.5 million couples who are actively seeking children suffer from infertility today. While it is estimated that female factor accounts for 40-50% of infertility among couples, infertility attributable to male factors is on the rise and constitutes 30-40% of infertility.

This significant increase in the number of infertile couples is to an extent resulting from hectic lifestyles, evolving eating habits and the growing incidence of other medical issues like obesity, diabetes, cancer, etc. Other factors that can affect fertility include excessive mental and physical stress, late marriage, smoking tobacco, and genetic disorders, amongst others. Increasing prevalence of medical conditions such as poly-cystic ovarian syndrome (PCOS), endometrial tuberculosis, and sexually transmitted infections (STIs) also contributes to this condition.

Infertility is today an increasingly prevalent health concern in India and treatments are widely being sought to overcome this issue. The IVF market in India is growing at a robust CAGR of 18% with increasing number of infertile couples coming forward for treatment, but the penetration is still very low compared to other global markets.

“Today, the IVF industry in India has grown up to match global standards in terms of quality and business growth and is 3-4 times cheaper than in the US”

Assisted reproductive technology (ART) refers to all fertility treatments that involve the handling of gametes or embryos outside the body, in order to achieve pregnancy. This includes IVF as well as a few of its variations. These procedures are usually paired with fertility drugs to increase success rates, and have benefited significant number of infertile Indian couples so far. The ART procedure is done under the guidance of a fertility expert with the help of an embryologist and includes stimulation of the ovaries to produce multiple eggs, removal of the eggs from the ovaries (egg retrieval), selection of healthy sperms, normal fertilisation of eggs and sperms in the laboratory, and subsequent placement of the resulting embryos into the uterus (called embryo transfer or ET).

Intrauterine insemination (IUI) is a basic ART technique during which processed and concentrated motile sperms are inserted directly into a woman’s uterus. In IUI, fertility drugs are administered to stimulate the ovaries of the woman. The semen is collected from the man and processed/washed to ensure higher concentrations of good quality sperms are deposited into the woman’s uterus during her ovulation period. These sperms then find the egg waiting in the fallopian tube to fertilise.

In-vitro fertilisation or IVF, earlier known as test tube baby, is the most popular form of infertility treatment in practice today. The treatment is advised to couples with seemingly normal reports and yet has not conceived with IUI or to women diagnosed with PCOS, endometriosis, premature ovarian failure, or diminished ovarian reserve, etc. The treatment includes stimulation of the ovaries to produce multiple eggs, removal of the eggs from the ovaries (egg retrieval), selection of healthy sperms, normal fertilisation of eggs and sperms in the laboratory, and subsequent placement of the resulting embryos into the uterus (embryo transfer or ET).

Intracytoplasmic sperm injection or ICSI is a specialised form of IVF. The treatment follows IVF process throughout, except in the formation of embryo part. In ICSI, a single carefully-selected sperm is injected directly into an egg, thus enhancing sperm and egg interactions involved with normal fertilisation. ICSI is recommended in male infertility cases with poor sperm parameters including suboptimal ejaculate samples, ejaculatory failure, obstructive and nonobstructive causes of azoospermia (complete absence of sperm in semen), etc.

Assisted Reproductive Technology (ART) has progressed rapidly over the past 40 years, with multiple solutions being developed to find suitable treatment alternatives for every infertile couple. With the increasing trend in personalised medicine and healthcare services, IVF has witnessed a growing need for individualised protocols such as personalised embryo transfer (pET) and individualised ovarian stimulation to optimise treatment.

The treatment modalities for two couples are never the same and today, patients have several options for treatment depending on the cause of infertility. Technologies like blastocyst culture, Magnetic Activated Cell Sorting (MACS) and reproductive genetics like Preimplantation Genetic Screening (PGS), Preimplantation Genetic Diagnosis (PGD), and Endometrial Receptivity Array (ERA) have helped to increase the success rate of IVF by significant percentages.

• MACS: This is a semen preparation technique that involves the magnetic separation of healthy sperms from the apoptotic ones, which have lower fertility potential. Apoptosis (programmed cell death) is a regulation process of the cell cycle which may occur during spermatogenesis (the process of development of sperm cells), thereby causing cell damages such as sperm DNA fragmentation and is known to be an effective method to treat male infertility.

• PGS: Abnormalities in chromosomes is one of the commonest causes of recurrent abortions or failures. Embryos with an incorrect number of chromosomes either fail to implant or miscarry during the first trimester of pregnancy. Reproductive genetics helps in screening the embryos and select the normal embryos for implantation.PGS allows screening for chromosomal abnormalities in embryos during an IVF cycle. All 23 chromosomes are analysed using PGS in order to detect aneuploidies (alterations in the number of chromosomes), which are the leading cause of miscarriages and recurrent implantation failure.

• PGD: It helps couples who have a history of certain hereditary genetic conditions in their families [e.g. Thalassemia major]. The technology helps in screening the embryos for specific genetic diseases to prevent the transmission to the child.

• ERA : This is a test to determine whether the uterus is properly receptive to accept the embryos. It also gives the exact time period during which an embryo needs to be transferred into the woman’s uterus to achieve a successful pregnancy.

Fertility preservation is another fertility treatment gaining popularity. The technique is widely used among cancer patients as well as by those who wish to delay pregnancy for any reason. The technology has given a new hope to these patients and helps them conceive even after their fertile years. Every year a number of women are approaching clinics to freeze their eggs due to varied reasons. One of the highlights of this facility is that the quality of the frozen egg or embryo remains intact even after many years.

After the birth of the first IVF baby Louis Brown, the industry depicted a rapid growth with the help of various technologies to support ART. Today, the IVF industry in India has grown up to match global standards in terms of quality and business growth and is 3-4 times cheaper than in the US. The number of infertile couples coming forward to seek treatment is growing at 19% and is likely to reach current levels of mature market over the next 5-6 years.

We are successfully addressing the existing bottlenecks in the industry pertaining to affordability, access and awareness (IVF specialists and treatment facilities) and assurance (implementation of best practices) and expecting steady growth in the coming years.

The market is expected to grow at a CAGR of 20% from the 100,000 cycles in 2015 to 260,000 cycles in 2020 as these barriers get progressively addressed further. (*Numbers and growth percentages have been quoted from the EY report titled: Call for Action: Expanding IVF treatment in India)

IT services
Looking Beyond The COBRAPOST Sting What Should Banks Do?